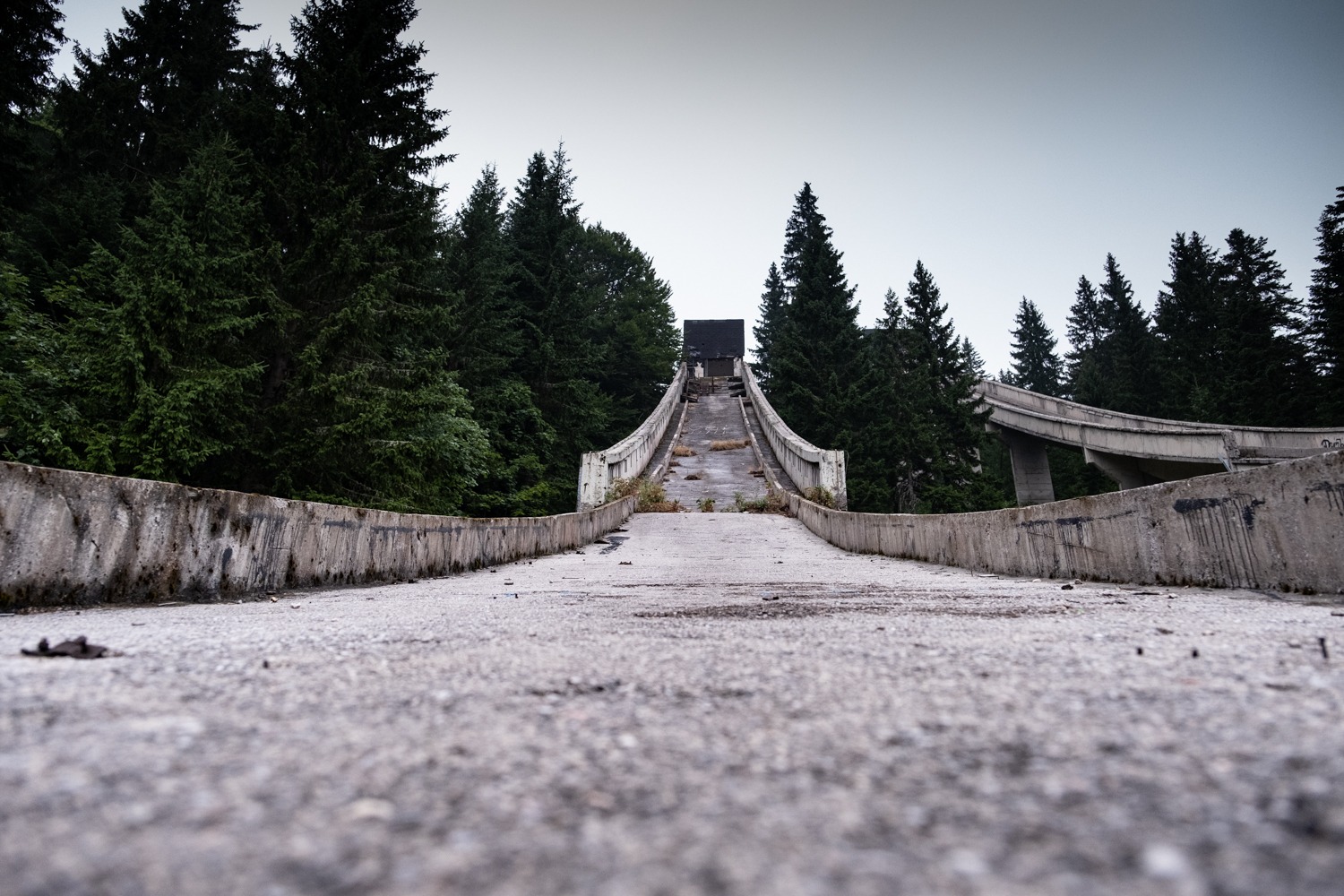 It was Autumn 1996 when I first ventured into Sarajevo. The war and siege were over, and the city was enjoying its long-awaited peace as life returned like a stranger. The destruction of the city was jaw-dropping, surreal and seemingly total: rows upon rows of broken, bombed-out high-rise flats scarred with explosion indents everywhere.  A shell-cratered wasteland of ruined hospitals, offices and factories.

Sarajevo had just endured the longest siege in modern history. It lasted 1425 days, riddling the city with sniper fire and a constant thrum of shelling – a ubiquitous soundtrack from the incessant bombardment. Water and electricity were cut, and a frontline divided and circled the city. Eleven thousand five hundred people were killed; of these sixteen hundred were children.  This was urbicide, a late-20th-century Dresden or Stalingrad. Everyone who lived through the siege had a nightmare to share.

A quarter of a century on and Sarajevo has undergone a dramatic volte-face. Much has been done to rebuild this remarkable city. In 2021 it wears a brave, bold, cosmopolitan face, a modern European tourist destination like any other.  In the city centre you’d need to look long and hard to find any ‘evidence’ of the war.  Busloads of tourists from Europe and Asia flood Baščaršija – Sarajevo’s old bazaar and historical and cultural centre. An abundance of new shopping centres buzzing with life now border the former Sniper Alley – the main thoroughfare leading into Sarajevo’s heart.  In many ways the Sarajevo that I photographed then, no longer exists.

With more than 15 visits to the city, I have amassed an extensive photographic record; documenting and witnessing the city and its people as they healed. I thought I had captured its essence. I thought I’d experienced all that it had to offer. I was mistaken. Living up to its moniker as the ‘hidden gem’ of the Balkans it continued to unveil new places and buildings, which naturally I added to my ‘Sarajevo Bucket List’, the must visit sights before it’s ‘too late’.  In August 2021 I returned to the city, a time-hop of twenty-five years and a walkabout to sites and places old and new.

Legacy is always the big buzz word around the construction for mega sporting events in cities worldwide. No city ever wants to see their new buildings and infrastructure turn to ruins, but few Olympic cities have had to overcome the post-Games difficulties faced by Sarajevo.

Eight years after the Winter Olympics of 1984, Sarajevo found itself at the heart of the Bosnian war. Frontlines ran through neighbourhoods, dividing streets and carving jagged scars in the mountains above the city.  Perched upon the slopes of Mt. Igman are the remains of the 1984 Winter Olympic ski jump venue. The region around the ski jumps turned into a front line of fighting between Bosnian Serb forces and the Army of the Republic of Bosnia & Herzegovina. UN peacekeeping forces took over the Judges Pavilion as a lookout post during the 1992 -95 war. The structure bears their emblem up to the present day.

Viewed from the outside and the Historical Museum in Sarajevo has clearly seen better days. It may occupy the city’s finest modernist building, but the steps to it’s entrance are crumbling, its marble cubed facade is missing tiles, and parts of the building remain pot marked by bullets and shells.

It was designed by Boris Magaš, Edo Šmidihen and Radovan Horvat and when it was first opened 1963 it was heralded as showpiece of design in Yugoslavia.   When I enter and pay my 7 KM (£3) entrance fee it’s early quiet and I realise I have the whole museum to myself.

The museum was closed for several years due to lack of funds and investment.  The fact that it is open at all in 2021 is testament to the 40 or so employees who, without receiving any pay, kept coming to work to keep the museum and its collections safe from harm, prevent decay and do basic maintenance on the building.

Operating today as part art gallery with work from international and local artists it also houses a permanent collection of objects from the siege of Sarajevo 1992 – 1995.  The exhibits tell the story of what daily life was like during the siege of the city – homemade weaponry made for defence and homemade household items made / adapted for survival.

For a city and a country whose very existence and culture was almost wiped out during the war and siege, the museum limps on with what limited funds and investment it can get. A testament to importance and value of culture and knowledge in a city that can sometimes seemingly sees progress in the building of new shiny, empty shopping centres.

Designed by Bosnian architect Ivan Straus, and built in 1982-83, the bright yellow Lego like exterior make the Holiday Inn Hotel, Sarajevo’s most aesthetically interesting and controversial buildings. During the war it was one of the only functioning hotels in the city- largely housing journalists in the city to cover the war. Its bright facade made for easy target practice by the Bosnian Serbs, besieging the city. The BBC correspondent, Martin Bell, described it as “ground zero”. “From there,” he said, “you didn’t go out to the war, the war came in to you.”

The historic hotel has only just reopened after a tumultuous sell-off, loss of license and bankruptcy.  Sarajevan’s have a love / hate relationship with the building but have learned to accept that the iconic hotel will always be integral to their city. It’s also the only building easily visible from 20,000 feet above the city.

In Sarajevo you are never far from a cemetery. The tradition of burying the dead close to the living is a long held tradition, both in the city and the region. The Old Jewish Cemetery is a short walk from the town centre on the side of Mount Trebevic. It is one of the largest Jewish cemeteries in Europe containing 3850 tombstones and graves dating back to the 16th century onwards.

Held by Bosnian Serbs during the war, it is easy to see why it became a strategic post for the gunners and snipers surrounding the city. It would become the front line. Littered with land mines, it sustained considerable damage from bullets, explosions, and return-fire from the city below. The cemetery was eventually demined and returned to Sarajevo’s Jewish community for reopening and restoration work in 1998. The rescue and restoration works are ongoing.

Today the cemetery rests peacefully, a silent witness to the sporadic skyscrapers now piercing the Sarajevo skyline as the city strides forward. A reminder of the importance of culture, monuments and history; both an epitaph to and appreciation of difference in a city that has seen and suffered so much.