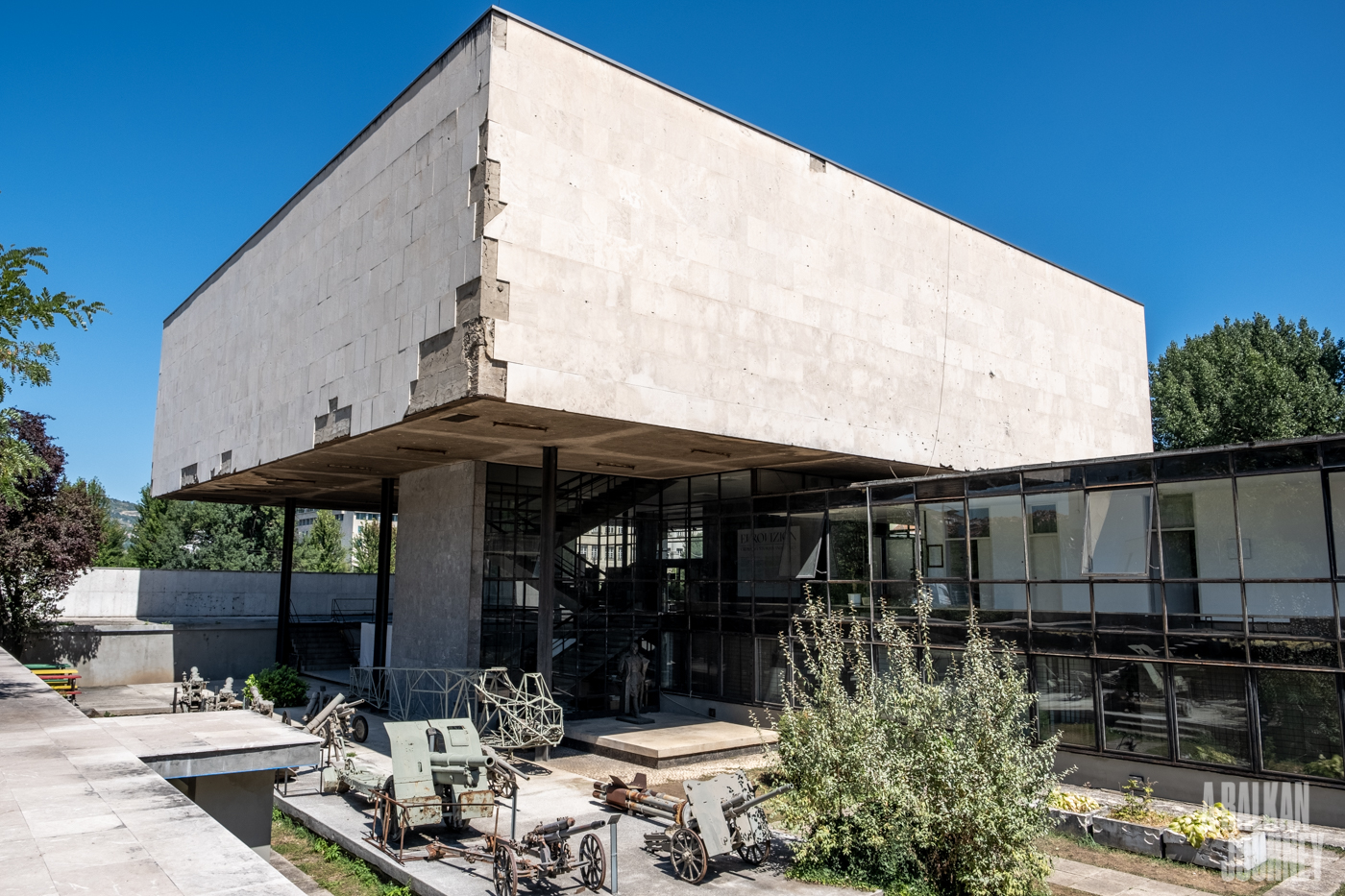 It’s been 25 years since I first ventured into Sarajevo back in 1996. Twenty or so visits since then and I thought I had photographed most of what the the city had to offer. Of course there were always key places / buildings that I hadn’t visited but I was always too busy filming / photographing / drinking pivo to find the time. ‘Next time’ was always my excuse. I put together a list of places on my very own ‘Sarajevo Bucket List’ – places I should visit before it’s ‘too late’. In August 2021 when I was back in the city, as a guest and participant of the Sarajevo Film Festival and I finally had my chance to start ticking off that list.

#1 Historical Museum of BiH – opened 1963 as showpiece of design in Yugoslavia. Designed by three architects from Zagreb, Boris Magaš, Edo Šmidihen and Radovan Horvat.  The main building and entrance is designed as a floating cube with a basement inner garden and plinth.
The hidden gem is in the garden – a larger than life bronze statuary depiction of Josip Broz Tito by legendary Croatian artist Antun Augustinčić.
Today the venue hosts modern art exhibitions and installations as well as an permanent exhibition of objects relating to the siege of Sarajevo (1992-1995)

A Balkan Journey Limited Edition Photobook.
Chris Leslie takes us on a photographic journey through the towns and cities of post-conflict Former Yugoslavia in this extensive and previously unseen 24-year archive from the region. Available now for £25 (Limited time and excludes P&P)
Use the code 10off for a further £10 discount.