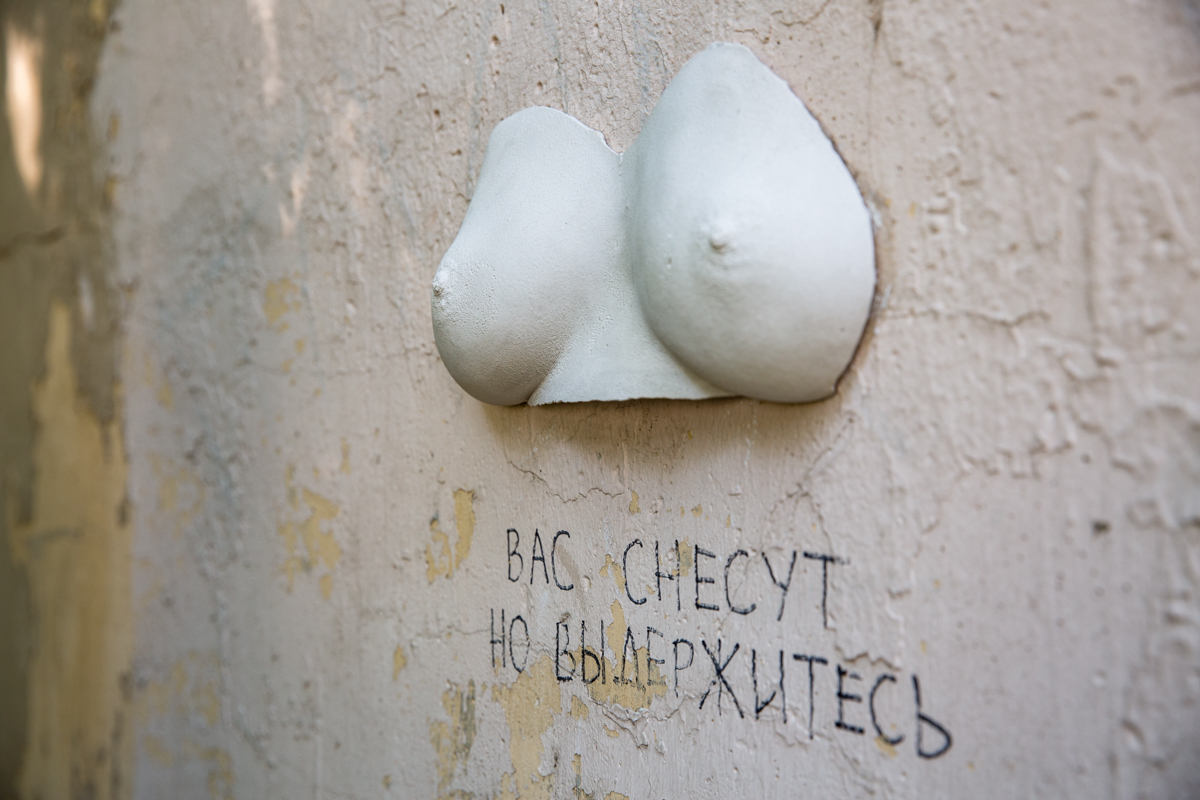 In June 2017 the Moscow Duma unanimously approved the demolition of more than 4,000 apartment blocks in various sites across Moscow, home to nearly 2 million people. This mass demolition of Russia’s iconic Khrushchevka apartments was said to be necessary to ‘transform’ the urban landscape and ‘modernise’ housing.

Many residents facing eviction saw it as real estate speculation and profiteering, stating that there was nothing wrong with their flats that standard repairs couldn’t fix. They stressed the demolitions wouldn’t just destroy the buildings, but also their sense of history, home, and belonging.

In 2017 travelled to Moscow with Writer and academic, Jonathan Charley, to produce a photo essay for the Guardian on this renovation programme that, at that time, was billed as one of the world’s largest regeneration projects.  We arrived in Moscow in early September 2017 and stayed in an apartment in a housing scheme that was scheduled for demolition. Our Airbnb agreement failed to mention any demolition date, but the clock was ticking.

The apartment we stayed in – like all those that were to be torn down – was to be replaced with ‘modern high rise’ blocks in that neighbourhood or in the outskirts of the city. Residents across the city were given 90 days to leave or be evicted.  It was a highly controversial decision, initially bringing thousands of Muscovites into the streets in protest but as time passed and fears grew most of the protest died away. Protest in Russia operated very much like an underground resistance and was becoming more and more difficult.

The Residents on the frontline

5 days was never going to be enough to document this story though. We always discussed going back to Moscow – following up on those residents we met, meeting with more residents and travelling to other cities in Russia to document the demolitions. We imagined a larger, grander project: a book / exhibition / photography / archive and short film. We spent hours working out how and when we could do it, who would pay for it, and who would publish it.  We parked the idea in our heads – thinking that one day we would return somehow but now since the 24th of February 2022 and Russia’s invasion of Ukraine, it now seems impossible.

What happened to all the residents we met and photographed is unknown at present – as our contacts and fixers from our 2017 visit seem to have disappeared off all social media channels. Through social media, I did manage to find out about two of the protestors we met – Artem Loskutov and Pussy Riot member Lucia Stein.

Back in 2017 Lucia and Artem ran around Moscow glueing plaster casts of Lucia’s breasts to the Khrushchevka apartments that were to be demolished accompanied by the slogan: ‘I will protect your home with my breasts.‘ The stunt was supposed to be symbolic of the famous protest painting by Eugène Delacroix of the bare-breasted woman of the French Revolution leading the charge forward. Shortly afterward Lucia was elevated into politics as she was then elected as an independent deputy to the Moscow municipal government, at the age of 21.

But any short-lived moments of protest and revolution are all but quashed now after the invasion and both Lucia and Artem have now fled Russia and are living in exile. Lucia had been electronically tagged at home for over a year for protesting and was eventually smuggled out of Russia in disguise as a Deliveroo driver in March this year.
Artem was overseas when the invasion began and when the police came looking for him at his mother’s house in Moscow she called Artem and warned him he couldn’t return home.

We might not be able to return to Russia in the near future, but we need to find another way of continuing this project, somehow. When I spoke with Artem he explained the fight isn’t over but he is in ‘sleep mode’ at present, preserving his energy whilst in exile, waiting for the day he can return and protest again. So maybe, with a wee glimmer of hope, we will be able to return also, it’s just too important a story not to finish.